World Order And The Ukraine Crisis: India’s Position And Future Relationship With Russia?

World Order And The Ukraine Crisis: India’s Position And Future Relationship With Russia? 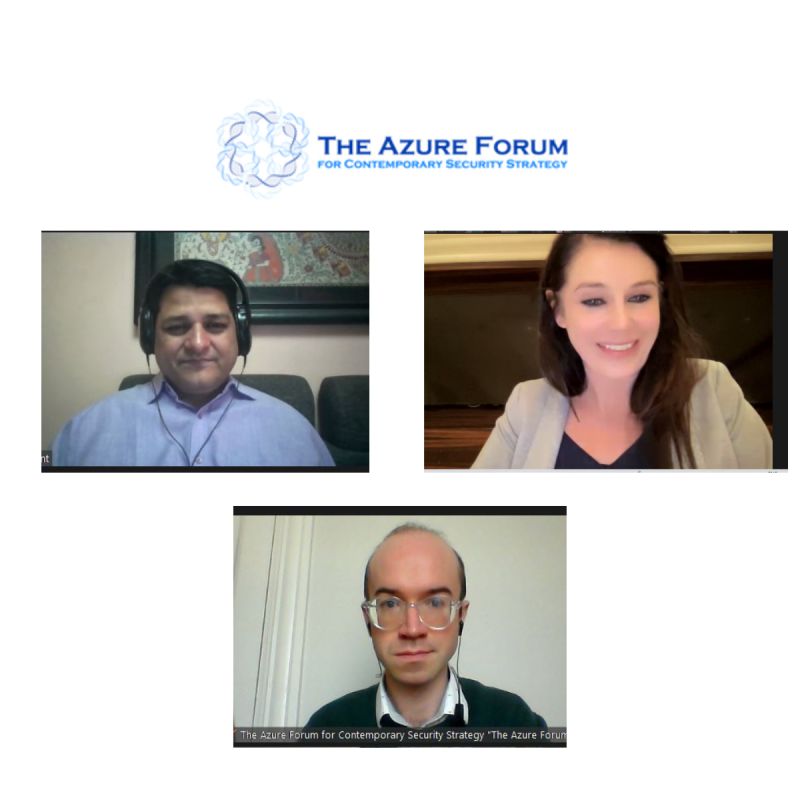 Expert discussant Professor Harsh V. Pant examined India’s position on the Russian Federation’s invasion of Ukraine. Professor Pant and other roundtable experts also discussed India’s current and likely future relationship with Russia, including its defence partnership. Discussions focused on what this might mean in future for the international environment where India might aspire to, or be viewed as, a significant leading power. This was particularly noteworthy given that there has been much debate in India surrounding the possible transformation of the ‘Western dominated world order’ and ushering in of a new world order because of the Ukraine conflict. India has for some time argued for reform of the multilateral world order, continuing to take a middle ground while pursuing a ‘nation first’ theory and long-established connections with Russia. This continues to be the case despite the invasion of Ukraine and ‘Western countries….attempting to persuade India to stop purchasing Russian oil and armaments’, together with apparent warnings of severe consequences for Delhi if India remains unmoved. Moreover, analysts have queried whether the ‘Quad’ (comprising Australia, India, Japan and the United States) will now come under strain following India’s abstention together with China from voting on the UN Security Council resolution condemning Russia’s invasion and other ‘unsatisfactory’ positions at the UN.

Professor Harsh V Pant is Vice President – Studies and Foreign Policy at Observer Research Foundation, New Delhi. He is a Professor of International Relations with King’s India Institute at King’s College London. He is also Director (Honorary) of Delhi School of Transnational Affairs at Delhi University. He is a Non-Resident Fellow with the Wadhwani Chair in US-India Policy Studies at the Center for Strategic and International Studies, Washington, DC. Professor Pant has been a Visiting Professor at the Indian Institute of Management, Bangalore; a Visiting Professor at Banaras Hindu University, Varanasi; a Visiting Fellow at the Center for the Advanced Study of India, University of Pennsylvania; a Visiting Scholar at the Center for International Peace and Security Studies, McGill University; and an Emerging Leaders Fellow at the Australia-India Institute, University of Melbourne. Professor Pant’s current research is focused on Asian security issues. His most recent books include India and Global Governance: A Rising Power and Its Discontents (Routledge), Politics and Geopolitics: Decoding India’s Neighbourhood Challenge (Rupa), America and the Indo-Pacific: Trump and Beyond (Routledge), New Directions in India’s Foreign Policy: Theory and Praxis (Cambridge University Press), India’s Nuclear Policy (Oxford University Press), The US Pivot and Indian Foreign Policy (Palgrave Macmillan), Handbook of Indian Defence Policy (Routledge), and India’s Afghan Muddle (HarperCollins). Professor Pant writes regularly for various Indian and international media outlets including the Japan Times, the Wall Street Journal, the National (UAE), the Hindustan Times, and the Telegraph.