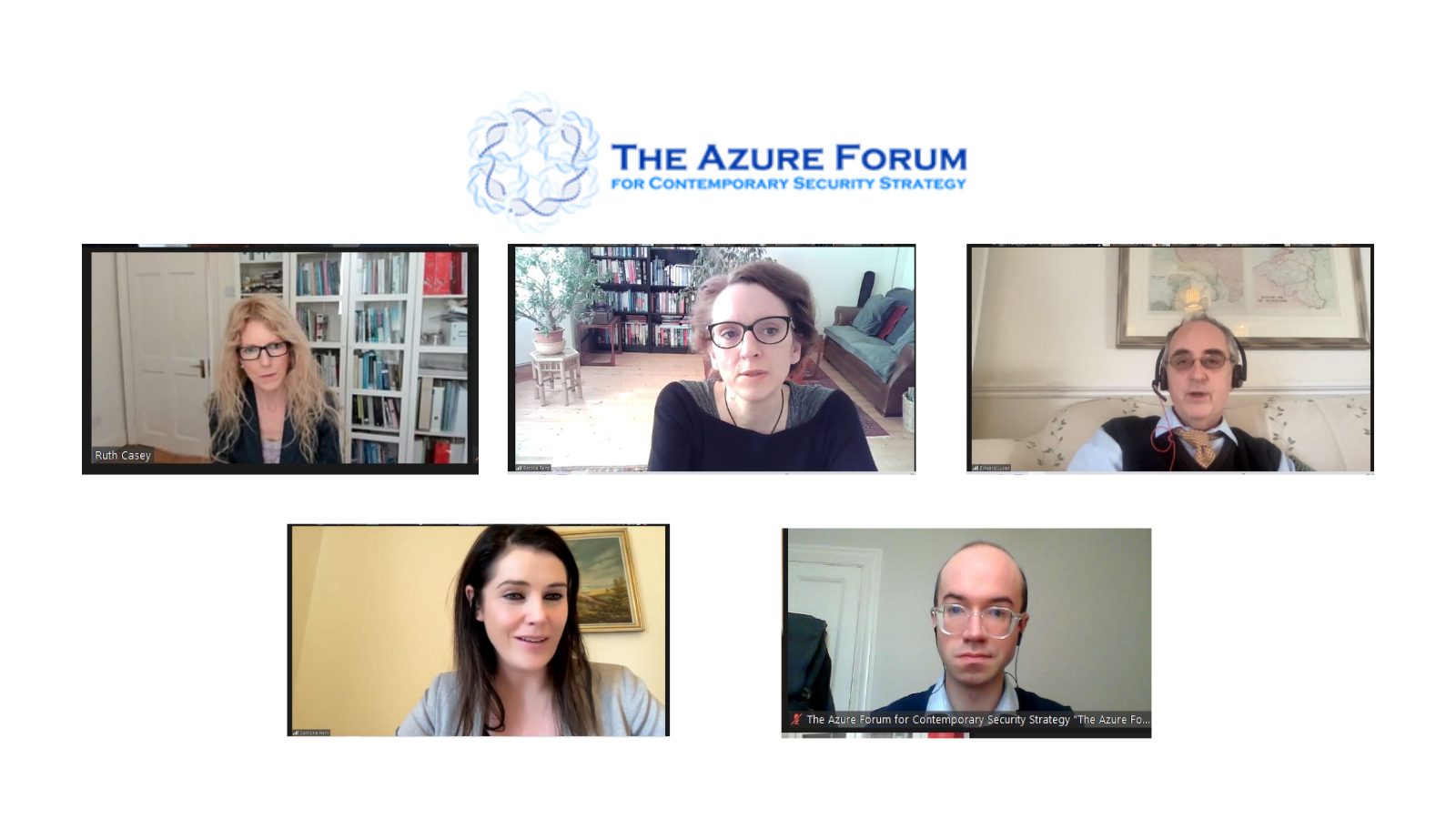 Dr Bettina Renz is Professor of International Security at the School of Politics & International Relations at the University of Nottingham. She obtained her MA and MSc in Russian Studies at the University of Edinburgh and completed her PhD at the Centre for Russian and East European Studies, University of Birmingham in 2005. She has previously lectured at King’s College London at the Royal Air Force College and was an ESRC Postdoctoral Fellow at the University of Birmingham’s European Research Institute. Dr Renz’s teaching interests are in the broad areas of international security and strategic studies. Bettina Renz’s major research expertise is Russian security and defence policy in the post-Cold war era. She has published widely on military reforms, civil-military relations and military operations other than war. Her latest monograph, ‘Russia’s Military Revival’, was published with Polity in 2018. Professor Renz also has an active interest in contemporary war and strategy and in the role of airpower in modern conflict in particular. She is currently working on a joint British Academy-funded project on Ukrainian military reforms with Dr Sarah Whitmore at Oxford Brookes University. The project investigates the importance of ukraine’s political and strategic context for the pursuit of Ukrainian military reforms.

Professor Renz has previously worked with, guest lectured, or disseminated research findings at the UK Defence Academy, the Royal College of Defence Studies, the Foreign and Commonwealth Office, the Swedish Defence Research Agency, the Norwegian Defence Research Establishment, the Finnish National Defence Academy, and the NATO Defence College in Rome. During the academic year 2016/17 Professor Renz worked as a Senior Researcher at the University of Helsinki’s Aleksanteri Institute on a project financed by the Finnish Prime Minister’s Office, government’s analysis, assessments and research activities fund. She spent time at the Canadian Forces College as a Distinguished Visiting Professor in spring 2020.

Experts were invited to discuss how the security situation in Eastern Europe has developed, noting the complex history between Ukraine and Russia, the conflicts in Crimea and Donbas and recent troop build-ups.

Conflict has severe regional implications and the discussion focused on what this means for the evolving European security order, and in particular for NATO and the EU. In 1914, British Foreign Secretary Sir Edward Grey famously remarked that “the lamps are going out all over Europe”. Grey’s phrase has more recently acquired a literal meaning alongside its symbolic one.  Questions raised included: What would be the impact of conflict on European energy security given its reliance on Russia? And more broadly, what would the impact be globally amidst the pandemic trade and supply issues and on other regional hotspots such as the Arctic?

Edward Lucas is a British writer and security specialist. He is non-resident Senior Fellow at the Center for European Policy Analysis. Until 2018 he was a senior editor at The Economist. He writes a column for The Times and occasionally writes for the Daily Mail. He edited Standpoint magazine from September 2019 until March 2020. Lucas has covered Central and Eastern European affairs since 1986, writing, broadcasting, and speaking on the politics, economics, and security of the region. In September 2021 he was selected as the Liberal Democrat parliamentary candidate for the constituency of Cities of London and Westminster in the next general election. His books include: