The Second Ukraine War: Learning Lessons from an Ongoing Conflict

The Second Ukraine War: Learning Lessons from an Ongoing Conflict 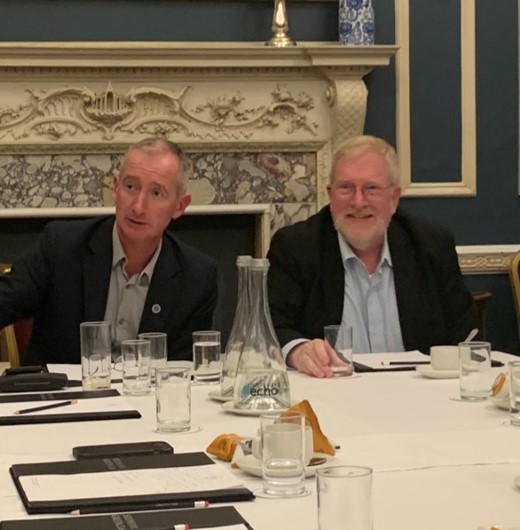 On 28 September 2022, the Azure Forum hosted an informal fireside briefing and discussion on: ‘The Second Ukraine War: Learning Lessons from an Ongoing Conflict’. Professor Timothy D. Hoyt provided an initial briefing followed by a discussion moderated by Adjunct Senior Fellow Gareth Prendergast. Senior experts discussed the following abstract: “Vladimir Putin’s decision to invade Ukraine challenged international laws and norms, reversed long-term trends in European security policy, and tested assumptions about 21st Century warfare. Although the outcome remains uncertain, the war raises important questions for the future – particularly if that future includes, as many analysts anticipate, increased competition between great powers. This presentation will briefly touch on three key questions. What does the war suggest about diplomacy, coalition dynamics, and the international system in the 21st Century? What new insights does it give us into the changing character of 21st Century warfare? What lessons might other rising or aspiring powers be learning from Russia’s experience? The war, and the international response, highlight accelerating changes in the international system that will shape the policies of both larger and smaller states in the economic, diplomatic, and security realms.”

Timothy D. Hoyt is Professor of Strategy and Policy, the John Nicholas Brown Chair of Counterterrorism Studies, and the Academic Director and Senior Mentor of the Advanced Strategy Program at the U.S. Naval War College in Newport, Rhode Island. Dr. Hoyt earned his undergraduate degrees from Swarthmore College and his Ph.D. in International Relations and Strategic Studies from The Johns Hopkins University’s Paul H. Nitze School of Advanced International Studies in 1997. Before joining the Naval War College, he taught at Georgetown University’s School of Foreign Service. Dr. Hoyt is the author of Military Industries and Regional Defense Policy: India, Iraq and Israel, and over 50 articles and chapters on international security and military affairs, with a focus on the Middle East and the Indo-Pacific. He is currently working on a multi-volume study of the strategy of the Irish Republican Army from 1909-2019, as well as projects on the Indo-Pacific region and trends in international terrorism.