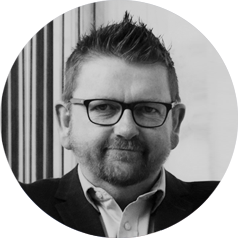 Steve is an independent cyber security consultant, based in New Zealand’s capital city, Wellington. He has a broad career in public service national security roles, most recently as the inaugural Chief Information Security Officer (CISO) for New Zealand’s Parliament where he was responsible for designing and delivering a comprehensive security programme and building a high-performing team of cyber experts to support the functioning of NZ’s democracy. Previous roles included managing the operations of New Zealand’s National Cyber Security Centre within the intelligence community, where he was responsible for running the national response to significant cyber incidents and briefing Ministers of the Crown on matters relating to cyber security. As a Detective Superintendent in the NZ Police, Steve was NZ’s representative to INTERPOL’s flagship cybercrime HQ in Singapore where he managed a programme of work carrying out assessments of countries’ cyber security maturity, in support of donor-funded capacity-building projects. He worked with the senior leadership of numerous national and regional police forces to identify their development needs and goals, and subsequently saw these formed into the basis of development programmes. He facilitated the delivery of these programmes to law enforcement and judicial officials, primarily from Pacific Island Countries and ASEAN member states. He represented INTERPOL internationally at many conferences and policy forums, with a focus on areas relating to international and regional law-enforcement cooperation. Steve was the manager of NZ Police’s cybercrime investigation unit where he oversaw and directed the policing response to complex cybercrime and cyber-enabled criminal investigations nationally. Other roles included managing serious crime and drug investigations across the country using covert techniques and a significant corruption investigation in the Pacific Islands. He has been involved in the development of NZ’s national cyber security strategy, is a former member of the inter-agency Cyber Policy Group which formed national cyber policy advice, and was a member of the Official’s group that supported the establishment of CERT NZ. Steve is a consultant to the Cybercrime Programme Office of the Council of Europe, and contracts as an advisor to INTERPOL. He holds a Master’s degree in Strategic Studies (MSS) from Victoria University of Wellington, a Diploma in Policing (DipPol) from the Royal New Zealand Police College, and is a Certified Information Security Manager (CISM).