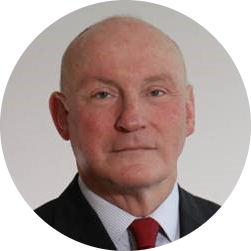 Paddy McGuinness advises businesses and governments globally on data and cyber issues, business resilience and geopolitical and regulatory risk.  He is a senior adviser at the Critical issues firm Brunswick Group providing counsel to clients across the firm’s regions and specialisms. He sits on the advisory committee of the UK’s reinsurance pool for Terrorism risk PoolRe.

Through Hudhud Associates Paddy also supports Private Equity funds on a range of transactions, and works with technology start and scale ups as an adviser and investor.  He is a co-founder of Oxford Digital Health and 2020Partners and is on the advisory Boards of Venari Security, Glasswall Solutions, Blackout Technologies and Kazuar-Tech.

A career Foreign Service officer Paddy previously held leadership positions covering variously Counter Terrorism, aspects of Cyber, the Middle East, Iran, Counter Proliferation and Africa.  He has served overseas in Yemen, UAE, Egypt and Italy and has been a UK envoy on Yemen, on Counter Terrorism, on National Security and Law Enforcement access to data and on data arrangements with the EU post-Brexit.  He was honoured with an OBE in 1997 and CMG in 2014.

Paddy currently advises the UK Parliament’s Joint Committee on the National Security Strategy and was a Commissioner of the Oxford Internet Institute Commission on Elections and Technology which reported in October 2019.  He is Chair of Trustees at St Joseph’s Hospice in Hackney.