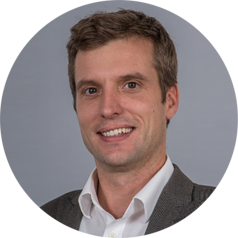 Dr Edward Burke is an Assistant Professor in International Relations and Director of the Centre for Conflict, Security and Terrorism at the University of Nottingham specialising in insurgency, terrorism and political violence. In May 2020 Dr Burke commenced a two-year early career fellowship funded by the Arts and Humanities Research Council. The title of his research project is, “The Greatest Weight? Paramilitaries, Deterrent Violence and Feud in Ulster’s Borderlands since 1920.” Prior to joining the University of Nottingham in September 2017, Dr Burke was a Lecturer in Strategic Studies at the University of Portsmouth. He completed his PhD at the Centre for Terrorism and Political Violence at the University of St. Andrews in 2016. From 2010 to 2011 he was Deputy Head of the International Police Coordination Board in Kabul, Afghanistan, having previously served as a Strategy, Planning, Analysis and Reporting Officer at the EU Police Mission in Afghanistan. Dr Burke has also worked as a Foreign Policy Fellow at FRIDE (Fundación para las Relaciones Internacionales y el Diálogo Exterior) in Madrid and at the Centre for European Reform in London.

In 2018 Dr Burke completed a book – Army of Tribes: British Army Cohesion, Deviancy and Murder in Northern Ireland – on the experiences of the British Army in Northern Ireland in the early 1970s, which was published by Liverpool University Press. His most recent research has appeared in Terrorism and Political Violence, the Journal of Imperial and Commonwealth History, Prism, and the RUSI Journal. Dr Burke’s research has been reported on by the Financial Times and the Economist, among other media. His media contributions include writing opinion articles for The Guardian, The Irish Times, El País and The New York Times. He has also appeared as an expert witness at the UK Houses of Parliament / the European Parliament and lectured at the Royal United Services Institute and at Chatham House.