‘Consequences for nuclear arms control in the wake of the Russia-Ukraine war: Is there a long term risk of renewed nuclear weapons proliferation?’

‘Consequences for nuclear arms control in the wake of the Russia-Ukraine war: Is there a long term risk of renewed nuclear weapons proliferation?’

On 25 May 2022, expert discussants John Bassett, University of Bristol and Dr. Tytti Erästö, Senior Researcher, Stockholm International Peace Research Institute (SIPRI) examined the long term prospects for arms control and nuclear non-proliferation as well as Sweden’s recent NATO membership application. Almost thirty years ago, experts remarked that “Ukrainian nuclear weapons are the only reliable deterrent to Russian aggression.” Following Russia’s invasion of Ukraine in February this year, some analysts argue that Ukraine may now regret its decision to give up its nuclear weapons, and that the war will now result in increased nuclear proliferation. Others, however, argue that (so far) the conflict instead shows that nuclear weapons are not militarily useful and that increased proliferation is not a foregone conclusion. At the roundtable, experts explored these questions and analysed whether a consequence of the war in Ukraine could be a sparking of global appetite for a nuclear deterrent. Will there be renewed nuclear proliferation and what is the probability that countries will in fact seek nuclear weapons? Discussions followed the trajectory of the nuclear disarmament and proliferation framework, including the Treaty on the Non-Proliferation of Nuclear Weapons (NPT), Comprehensive Nuclear-Test-Ban Treaty (CTBT), and dissenters to this framework. Roundtable experts were invited to examine whether current arms control structures are fit for purpose for the coming decades of the 21st Century. Does the West need to modify its expectations and seek a new dialogue with the Global South, and what should the global paradigm for nuclear arms control look like? Given fast-moving developments, experts were invited to further examine ongoing discussions surrounding fears of a growing nuclear risk in the context of what Sweden’s application for NATO membership means for nuclear disarmament and non-proliferation from both a Swedish and global perspective. Informal contributors at the roundtable included Former Ambassador Rajiv Bhatia of Gateway House, India, and officials from the Irish Government’s Department of Foreign Affairs Disarmament Unit. 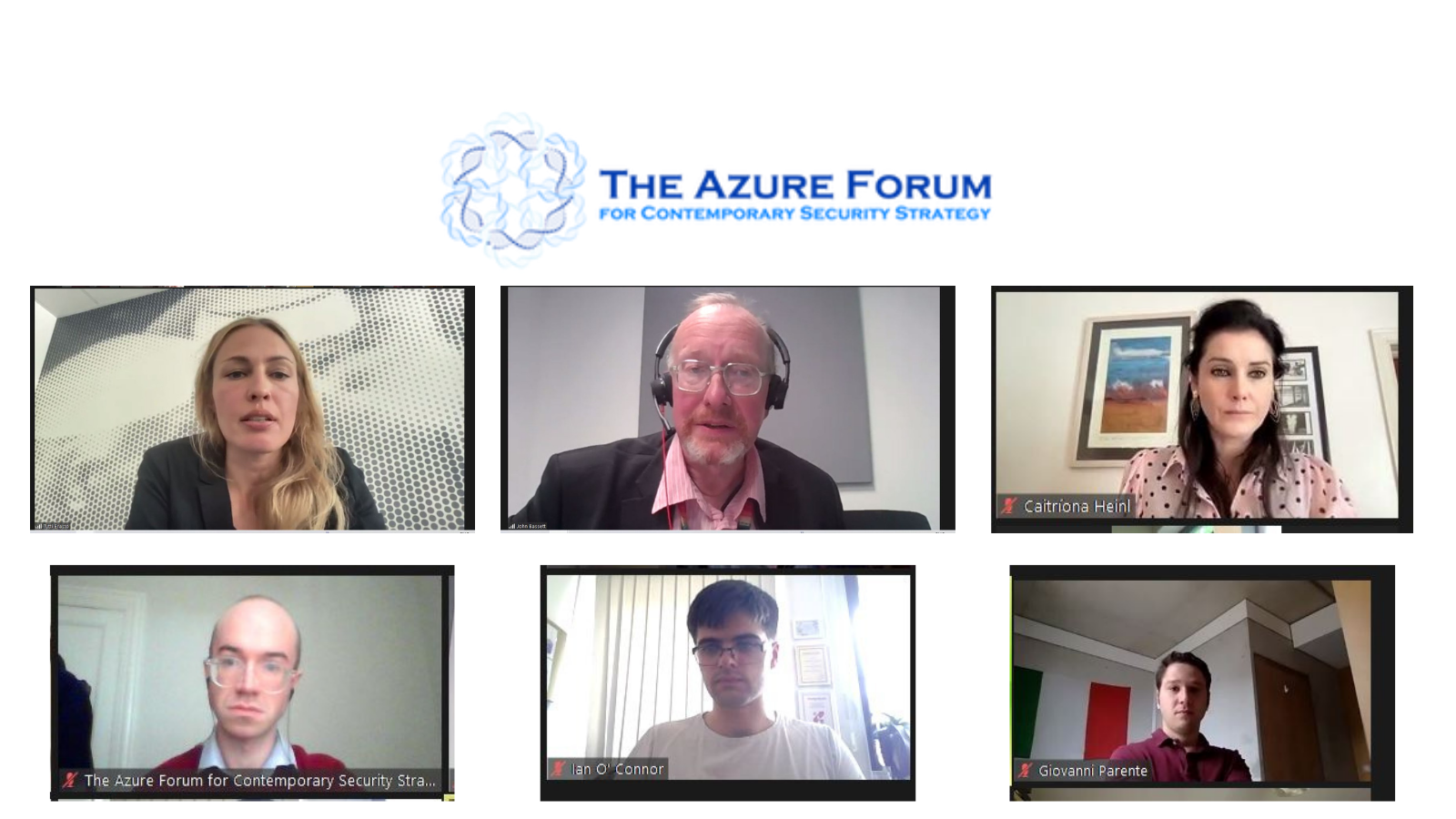 John Bassett worked for the British Foreign Office from 1991 to 2010.  In 1996 he served in the UK Delegation to the UN Disarmament Conference in Geneva, working on the Comprehensive Test Ban Treaty.  From 1997 to 1999 he was seconded to the UK Northern Ireland Office for the negotiations that culminated in the Good Friday Agreement.  From 2004 to 2007 he was a member of COBR and from 2007 to 2010 he was posted to the British Embassy in Washington DC. In his subsequent career John served as the first Fellow for Cybersecurity at the Royal United Services Institute, co-founded the Project for the Study of the Twenty-first Century and worked on enhancing global cybersecurity capacity at Oxford University.  He is a regular lecturer on leadership in crisis situations at the UK Defence Academy, Shrivenham and currently works at Bristol University. John has given interviews to BBC 2 Newsnight, BBC Radio 4 Today, BBC 4 PM, The Times of London, The Sunday Times, The Guardian, The Daily Telegraph, Reuters, Agent France Presse and other global media outlets. John was educated at Bristol Grammar School, Oxford University and the University of the West of England.

Dr. Tytti Erästö is a Senior Researcher at the Stockholm International Peace Research Institute (SIPRI) Nuclear Disarmament, Arms Control and Non-proliferation Programme. Her research interests include the Iran nuclear deal, the Treaty on the Prohibition of Nuclear Weapons (TPNW), efforts to establish a weapons of mass destruction-free zone in the Middle East, United States–Russian arms control, missile defence, and other issues impacting the global disarmament and non-proliferation regime. Previously, she worked at the Ploughshares Fund in Washington, DC; the Belfer Center for Science and International Affairs, Harvard Kennedy School; the Vienna Center for Disarmament and Non-Proliferation; and the Tampere Peace Research Institute in Finland. Her recent publications include (with Smith, D. and Bauer, S., ‘The Logic of Avoiding Nuclear War’, SIPRI Commentary Feb. 2022; (with Korda, M.,) ‘Time to factor missile defence into arms control talks’, SIPRI Commentary Sep. 2021; ‘New technologies and nuclear disarmament: Outlining a way forward’, SIPRI report, May 2021.