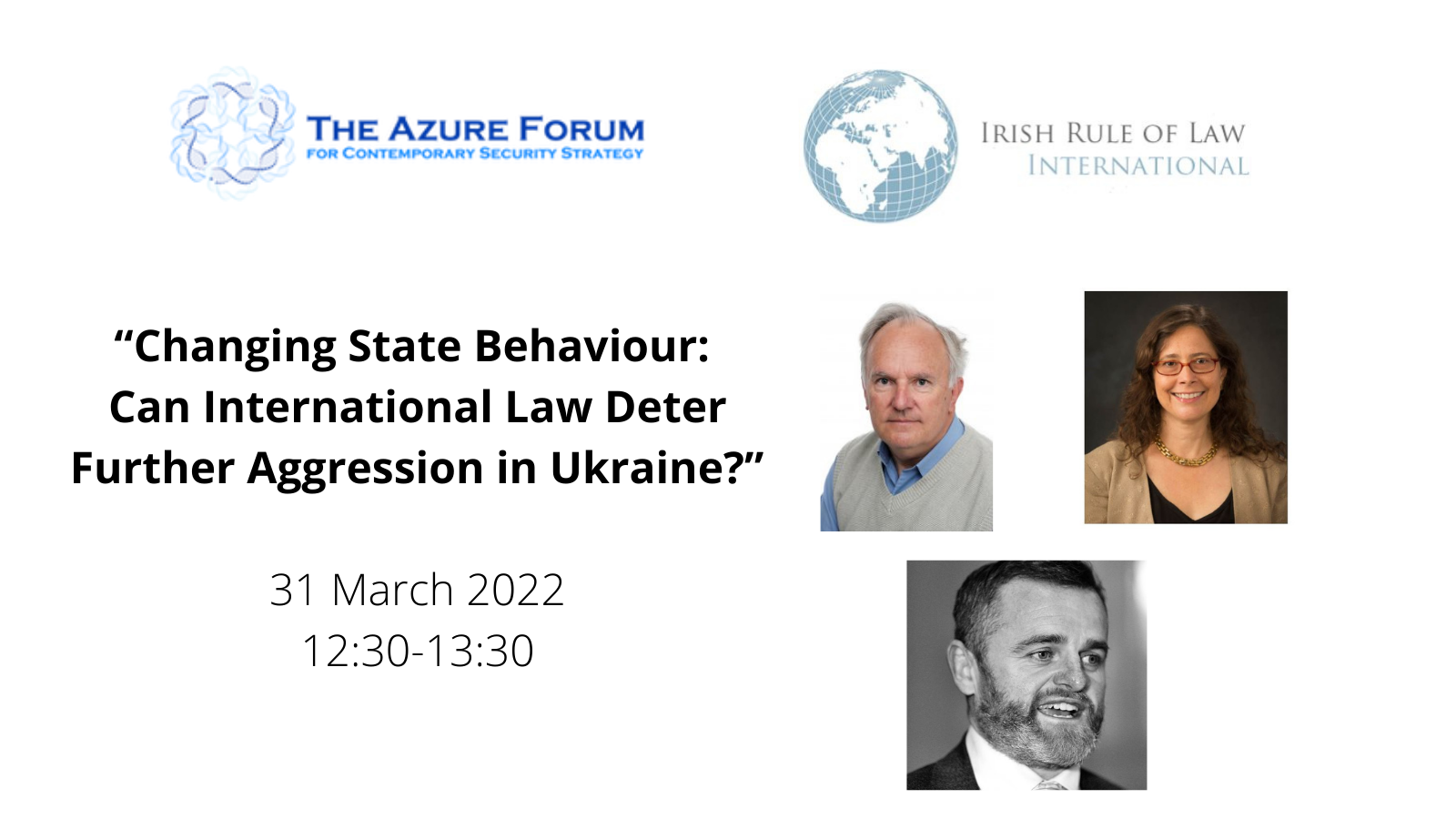 This roundtable was hosted in partnership with the Irish Rule of Law International (IRLI) and moderated by Aonghus Kelly, Executive Director of IRLI in order to examine the intersection of security and rule of law questions. Expert discussants including Dr. Ray Murphy, Professor at the Irish Centre for Human Rights, NUI Galway and Jennifer Trahan, Clinical Professor at NYU’s Center for Global Affairs addressed international law mechanisms that are now at the forefront of efforts to counteract the ongoing aggression against Ukraine with a view to bringing about a change in state behaviour. International law mechanisms such as the International Criminal Court; International Court of Justice; European Court of Human Rights; universal jurisdiction cases in domestic courts; and a putative international tribunal for the crime of aggression, were discussed. Some scholars even argue that additional concrete steps include ratification by more countries of the crime of aggression amendment to the Rome Statute (or the amended Rome Statute) and legislating for the crime in their domestic criminal codes. From a geostrategic perspective, key questions included whether such laws can currently deter aggression? And why did they fail to do so in the first place? What are the likely next steps required to continue safeguarding the rules-based public international order from being further undermined when the outcome of the invasion of Ukraine is yet unclear?