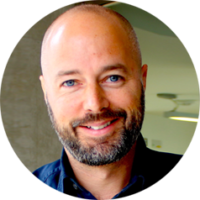 Dr Alexander Chance is Senior Research Fellow at The Azure Forum and a consultant specialising in strategic approaches to transnational organised crime and corruption, in particular in post-conflict settings.

Alexander has over 20 years’ international experience working on these issues from within both government service and civil society. In his early career, he coordinated sensitive mediation and peacemaking processes in the Middle East and West Africa. He then entered law enforcement, where he served in operational, strategy and management roles – including in South America – focused on tackling serious and organised crime. He has particular insight into drug trafficking and corruption, as well as the influence of peacebuilding activities and faith communities on the illicit economy.

Alexander completed his PhD at Trinity College Dublin, where his research examined the relationship between organised crime, governance and liberal peacebuilding in post-war Mozambique. He also holds an MPhil (with Distinction) in International Peace Studies from TCD, and a BA in Law and Politics from Durham University. He consults for public and private sector organisations, is an Associate of Transparency International Ireland, where he advises on anti-corruption, anti-money laundering and public integrity frameworks, and is a practising mediator, accredited by the Mediators’ Institute of Ireland.